Lucy, a perennial misfit, is thwarted in her desperate hope for love and belonging; Sheila, a classical violinist, fails miserably in both her career and as a mother; and Brothers Evan and Neil, struggling with the disastrous fallout of a rigid fundamentalist upbringing, endure not only severe mental illness but catastrophic crises of faith. 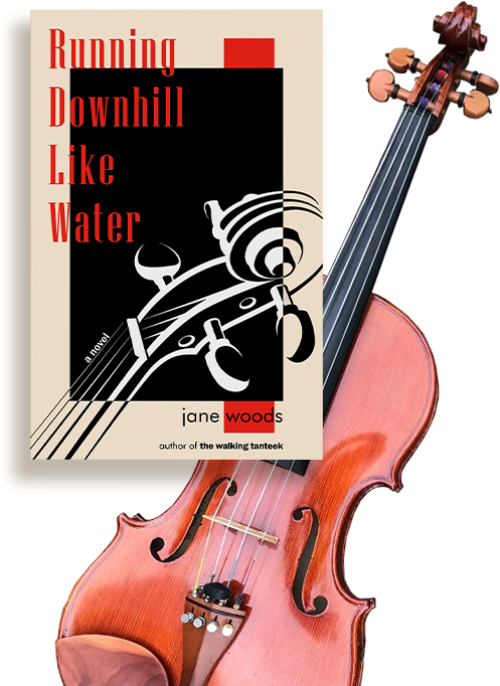 Sheila stood to one side, her violin against her black velvet hip, smiling at her father. Her hair had been pinned up somehow, she wore lipstick, and excitement had put colour into her cheeks. In no time at all, perhaps by tomorrow morning, bolstered by all this love, she would blossom into another lovely Colleen.

Lucy, on her hard chair, slid down on her spine as the last of the applause died away. Mr. O’Meara graciously took Istvan’s arm and led him to the harpsichord. The old man squeezed in behind it, his legs jammed underneath like a grownup at a child’s desk on parents’ night. Mr. O’Meara fetched his viola from atop the piano, taking a seat in the semicircle of chairs. Hardee, Sheila and Marjorie followed.

He tucked a white handkerchief under his chin, raised his instrument. The crowd hushed, everyone’s head inclining forward, a smile on every face. Sheila and Hardee lifted their chins, slotting in their violins. Marjorie hulked at attention over her cello. They raised their bows, waited motionless for an eternity of seconds, nobility harnessed in their uplifted arms. Absolute silence but for the flutter of curtains wafting inward on the night breeze.

The sound, when it came, punched her in the lungs. The O’Mearas moved like candle flames in a capricious draft of air, all banking to one side then the other, their eyebrows rising and falling in hesitancy, in insistence, their faces rapt with delicious pain. Only Marjorie held back, and when at last her cello joined in, lifting them from below, Lucy was destroyed. The audience swayed too, as forgetful as children with linked arms, seven abreast, careening through fields of daisies. Lucy looked at Sheila and was dazzled; she couldn’t look, she was so proud of her! Watching her friend excel, she felt wholehearted, profoundly glad, deeply consoled. She thought she’d never known such cleanliness, such lightness of heart. It was as if she were letting out her breath for the first time in her life.

An Excerpt from “Lucy”

It felt marvelous, it felt awful; could it hold, could it really? And if it went on and on and never broke, then who might she possibly be for the rest of her life? One of them? Could she do it, could she be someone who counted?

Order your copy of Running Downhill Like Water to experience a richly drawn story of the interconnected lives of four characters in rural Quebec.

Does faith insist upon the spotless soul? Can intellectual integrity and an honest search for the holy in this world survive a collision with religious mania? Is heavenly forgiveness possible this side of the River Styx? In this boisterous, witty, manically paced novel, Maggie Prentice is resolved to find out, even if it costs her everything.

Haunted by her past, chafing under the tutelage of her born-again, cult-figure brother, coping with the double devils of alcoholism and disconnectedness, Maggie Prentice is pursued by the Tanteek, an armchair prankster out of a Dylan song that incarnates her questions, uncertainties, and fears, and dogs her every move. In her wild, over-the-top, yet eerily familiar universe, Maggie is forced to confront life’s big questions — faith, fear, love, and death — does life have meaning? 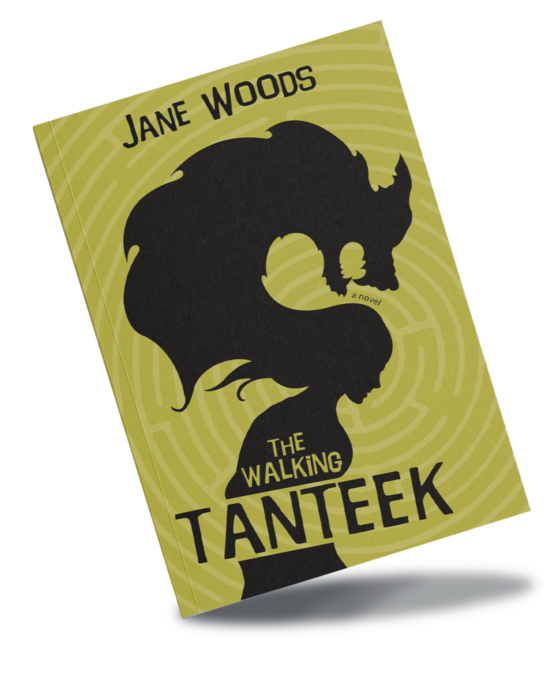 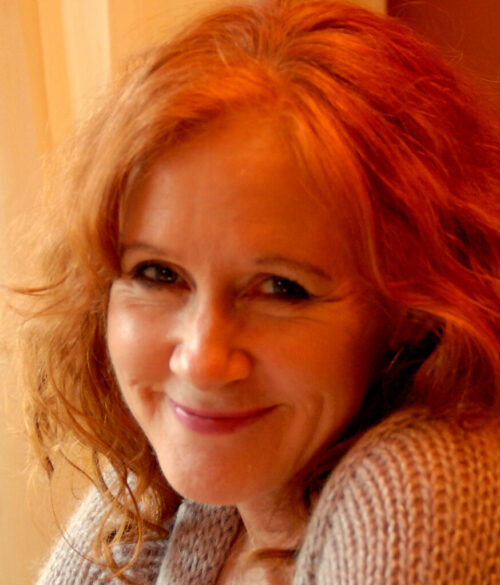 My long and sinuous road to becoming a debut novelist is littered with dashed illusions, rueful lessons and a gazillion broken bits of existential flotsam.

I started out with such lofty plans, determining at a tender age that my life would be devoted to music. I would sing, master the piano, and in my spare time after supper, subdue the violin! Since our home lacked musical instruments of any kind, I drew a keyboard on shirt cardboard to practice on.

Time passed. Three years into my studies at the National Theatre School of Canada, the question, “Was I not born for stardom?” was answered with a curt: “Not so much.” There followed several years playing minor roles on the stages of regional theatres from Vancouver to Ottawa to Montreal. My hopeful forays into song brought forth more wincing than warm applause, as the slow-drip realization set in that perhaps a change in career trajectories might be called for.

This led me to twenty-five years as a voice actor, plugging all manner of merchandise over the radio, dubbing hundreds of films, chirping and growling and gurgling through cartoon voices from Little Lulu to Japanese anime robots. It was an easy jump to begin adapting film scripts into dubber-ese, a process that involved torturing the translation to make it fit the tempo of the speaker’s mouth on screen. But suddenly, there I was. Writing. How did that happen?

Interwoven throughout these decades was my pinwheel-eyed search for meaning, which found me grasping after certitude in extreme political and religious ideologies, all of which ultimately let me down with a crash. And I was getting older. And older still. Sitting down to sort through and make some sense of all the broken stuff, I found in writing a fitting salve. First with The Walking Tanteek, (2014) and now with my second novel, Running Downhill Like Water, I aimed to turn the experiences of this one stumbling, ordinary life into something I hope might cause a reader’s heart to leap with the thought, “Hey, I’m not alone!”

I look forward to hearing from you.